I know what you’re thinking (and so does your boss) 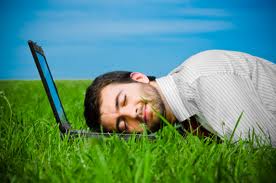 If you believe that thinking negative thoughts is a harmless pastime that doesn’t affect anything outside of your own head–you could be ruining your chances of finding a job.

Consider this: when you’re harboring angry thoughts about your unemployment, those negative thoughts are sabotaging your job interviews – even if you’re saying all the right words during the interview.

The truth is, your thoughts are tangible and measurable enough that they can be registered on another person’s physiological responses–even when you haven’t spoken them out loud, according to Dean Radin, Ph.D., laboratory director and senior scientist at the Institute of Noetic Sciences.

Radin, author of Entangled Minds, has spent decades in the lab exploring psychic phenomenon as evidence of our “entanglement,” described in quantum physics. His research shows how our thoughts and feelings are accessible to everyone through the quantum field.

In his work, Radin has shown repeatedly how two ordinary people separated in isolated, sound-proof rooms can think a thought randomly about each other and have that thought instantly show up on the other person’s physiological response measurements–such as heart rate and brain patterns.

“The bottom line is that physical reality is connected in ways we’re just beginning to understand,” he says. In his laboratory studies, published in numerous scientific journals, he has found overwhelming evidence of our human ability to hear each other’s thoughts.

What does this have to do with you and your career? Everything. If you hate your job, it hates you back. Why? Because whatever you’re thinking and feeling all day long at work is being silently broadcast from your cubicle to everyone you’re working with.

As you sit quietly working on your computer with a smile pasted on your face and making pleasant small talk in the hallways, all that really matters is the pulsing code of thought vibrations emanating from you. That’s what everyone around you is sensing and de-coding.

Looking for a new job? Every thought you think about someone during a job interview leaves a measurable footprint in that person’s physiological response to you. They may not understand why they don’t like you, but they’ve identified a negative feeling associated with being around you that comes from your unspoken thoughts.

Remember, it hardly matters what words you say in the interview. After you leave, everyone you spoke to will have a gut response – which is really a response to the thoughts you were thinking while you were with them. Those unspoken messages left behind as you shake hands all around and exit cheerfully – are the reasons you either get the job or don’t.

If you’ve been unemployed for months: Tell people you’re reinventing your career and taking some time out to rethink your direction, explore new options, take some classes etc. You’ll be amazed how people will cheer you on. That’s much better than focusing on the negative aspects of job loss. Talking and thinking about those things wraps you in negative energy that follows you around everywhere you go.

Suffering from toxic office syndrome? Start taking responsibility for the fact that your thoughts are not your private domain. Imagine how toxic a workplace really can be when everyone is thinking negative thoughts about each other all day long. Become the psychic warrior in your office and transform it–simply with the power of your thinking.